If you have bad credit and are hoping to get a bad credit car loan there are several things you want to be sure of before you start the process.

The first is that your monthly income is high enough to make the payments. Most banks require a minimum of $1800 a month in income or a cosigner. You will need to know that the interest rate the bank will finance you at may be higher than you'd like. You should be prepared to put down a down payment, and have an idea of what you can afford for this. Your first car payment won't be due for 45 days so you'll have a little break after paying this out. To receive a bad credit car loan you will have to be able to prove that you can pay any other expenses that may be incurred by owning a vehicle. These expenses are the insurance and the car payment itself. Any lender is also going to want to see your job history. Showing that you have a steady income, are making all your other payments, and have maintained the same address, will increase your chances of getting a bad credit car loan. Being able to put a substantial down payment on the vehicle will also help your chances of receiving a loan. If it means waiting a little bit longer to obtain the funds, it might be beneficial in the long run. And you could always ask someone to cosign the loan. If this person has great credit, he may meet the necessary requirements. However, this means is that if you default, this person will be responsible for making the payments. It is very important that you are able to every payment. If you are looking to finance a car, call us. Just because you have bad credit does not mean we won’t work with you to help you restore your credit rating and get you the best possible loan!!

By using a real bank for your auto loan and not a "buy here pay here" lot, you can fix your bad credit with an auto loan!

We have had hundreds of customers in Las Vegas with bad credit come to us for help in financing a vehicle and raising their credit scores! Many of these people did not think they would even qualify for an auto loan at first!

We specialize in helping car buyers find banks that offer this kind of auto loan.Often times approvals are even received within the hour!!

There really are banks out there that are willing to take a chance on car buyers with low credit scores, especially with today's economy. Almost everyone has scratches on their credit! If you have bad credit, expect a high interest rate. Remember- you are a risk to the bank until you prove yourself! Make all your car payments on time so you’ll qualify for a better interest rate the next time around. A higher interest rate may also prevent you from getting into the car you really want. Be patient and take the right steps and in no time you will have control of your credit again!!! Speedy Car Loans will always sell you a lower mile, reliable, newer car so you can qualify for a refinance or trade it in and get the car you really want when your score bounces back. Give us a call today to discuss your options for a bad credit auto loan!! 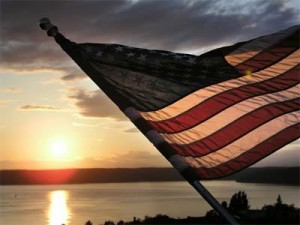 In the rush of celebrations today, take time to consider the weighty decision that the members of the Second Continental Congress made 236 years ago, as they explained their motivation:

"We hold these truths to be self-evident, that all men are created equal, that they are endowed by their Creator with certain unalienable Rights, that among these are Life, Liberty and the pursuit of Happiness. -- That to secure these rights, Governments are instituted among Men, deriving their just powers from the consent of the governed, -- That whenever any Form of Government becomes destructive of these ends, it is the Right of the People to alter or to abolish it, and to institute new Government, laying its foundation on such principles and organizing its powers in such form, as to them shall seem most likely to effect their Safety and Happiness."

They laid out the injustices forced upon them by the king of England and declared at the end that as free and independent states, they would have the power to wage war and seek peace, make alliance and establish commerce.

"With a firm reliance on the protection of Divine Providence, we mutually pledge to each other our Lives, our Fortunes, and our sacred Honor," those brave men concluded.

July 4 should not be a day dedicated to BBQ's and fireworks, but instead as a day when citizens remember the greatness that is possible by pledging to each other to work together to CONTINUE to create this great nation...